The Harder They Fall

Keeping it to Himself

An Elk Enjoys the Show 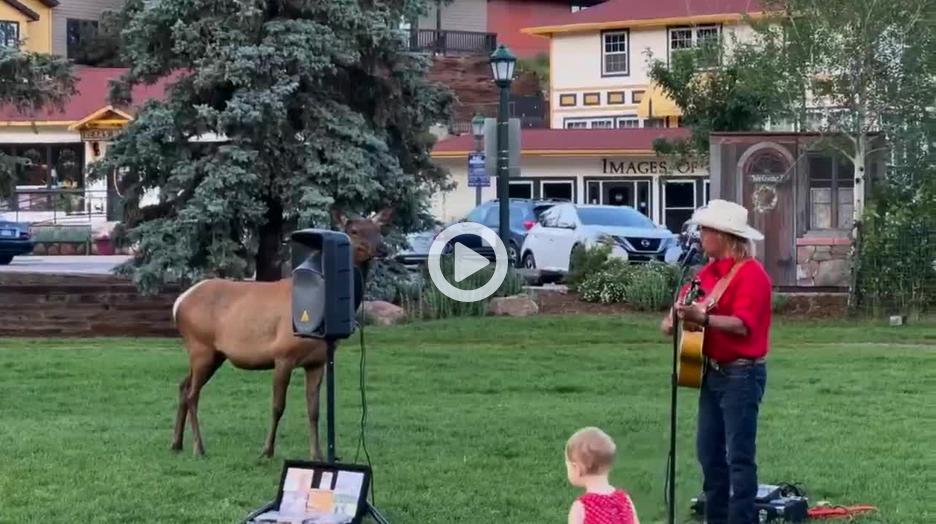 “I intend for my songs to express the wonder of being alive on this beautiful planet, and I hope they will help listeners to feel relaxed, comfortable and happy. If my music takes you to a pleasant place in your heart or your mind, then I have accomplished my purpose.”

Raised in Estes Park, Colorado, singer, songwriter and guitarist Brad Fitch has been playing professionally since he was 15 years old.

In 2001, Brad performed for the President of the United States during his visit to Colorado. Brad was presented the outstanding community service award from the Estes Park Sunrise Rotary Club in 2006. He performed during the 2008 Democratic National Convention in Denver and has opened for an impressive array of folk and western artists. He received the Hawaii Music Award in 2009. Brad was awarded the All-Around Cowboy Entertainer at the Aspen Lodge Cowboy Poetry Gathering.

Brad has recorded 20 albums featuring his original music that reflects what he loves about nature and the western lifestyle.

He has also been part of several other popular performing and recording acts including the Barleens’ Arizona and Rocky Mountain Oprys.

Brad performs at corporate events, conventions, fairs, concerts, fund-raisers, weddings, parades, parties and at western music festivals in locations ranging from Massachusetts to Hawaii, including the Red Rocks amphitheater in Morrison, Colorado. He performs around 300 shows each year at venues of 30,000 plus.

NOTICE BEFORE ATTEMPTING TO DOWNLOAD!! The files are below are VERY high resolution approx. 12-16 mb each !! Right-click on the link below and select "Save As"